We have a strong belief there is no single “right” way to do improv.  Each of the founders of Irrevent Improv has extensive training in improv from multiple  theaters and all have decades of experience performing.  We teach you approaches from different schools of thought so you can decide what works for you.

The destination is the same, we understand there are many possible routes on your journey.

Chris, Jeff, and John have collaborated together for several years to create engaging workshops; fun, unique teams; and entertaining shows.  They share a love of teaching improv not only across the country, but around the world. 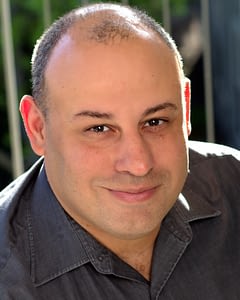 Chris Shurland, the founder of Irreverent Improv, is a Chicago-trained improv teacher and performer currently based in Southern California.

Before being a part of several house and independent teams in Chicago, Chris completed the training programs at Second City, iO (formerly ImprovOlympic), and Annoyance Theater and was lucky enough to be trained by some of the nation’s best improv teachers. He has also completed numerous improv workshops and classes across the U.S. and Canada in improv, clowning, and physical comedy.

He currently serves at the Associate Artistic Director for American Improv Theatre in San Jose, California where he teaches long form improv and coaches teams, as well as serves as one of the producers of the San Jose Improv Festival.

When not teaching in the US and internationally, Chris can be found performing on house teams in both the Bay Area and Southern California, or as a guest throughout the country at theaters and festivals with the Chicago-based duo Legends of Public Access. 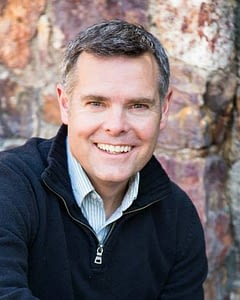 Jeff Ringgold is the owner and Artistic Director of American Improv Theatre in San Jose, California. He started his improv career over 30 years ago in the San Francisco Bay Area as one of the founding members of The San Jose ComedySportz. He then moved to Los Angeles, continuing to perform with ComedySportz and National Comedy Theatres across the West.  Jeff studied long form in New York, Chicago, and L.A., including iO West where he was a member of their first house team and Groundlings. As he gained experience, he was closely mentored by Del Close, and Jonathan Winters.
Jeff also has an extensive acting background having performed in a variety of plays and musicals with roles ranging from Radar in M*A*S*H to Hysterium in A Funny Thing Happened On the Way to the Forum. He is a graduate of the theatre arts programs at SJSU and ACT and studied film writing at UCLA.

Jeff has performed and taught improv all around the world. He loves interacting with people and watching them grow in their confidence and abilities. Jeff feels fortunate to be able to make a career out of doing what he loves.

Chicago-based John Abbott, the founder of the popular Individual Improv Intensive, has been performing improv for 20 years.  A graduate of The Annoyance, iO, and the Second City’s Training Center, John interned and then managed at iO where he estimates that he saw over 5,000 improv performances. John performed on several improv teams at iO, played with Wing Night at the Playground for 12 years, and currently with the musical improv troupe Dirty Bars in Wheaton, IL..  He also plays with the improv duo Legends of Public Access with Chris Shurland.  John has coached a half dozen teams, Gulp (Theater 773), Hush (independent team), Karate Van (at The Playground), and the Procrastination League (independent team), all of whom have performed in the Chicago Improv Festival. He currently coaches the Therapy Players and Dirty Bars in the Chicago area, the Embarrassment of Pandas in Santa Barbara, and regularly coaches the performers of American Improv Theatre’s Golden Radio Hour.